This may look like something from a sci-fi movie, but it is not. It is very real. Denim manufacturer Azgard9 has developed a sustainable garment that produces Oxygen, in what is seen by the brand as the “garment of the future”.

Our team converged with the leading denim manufacturer Azgard9, and the creative agency Stream and Tough Guy, to create the concept behind this pioneer sustainable project.

The garment called “CO2AT”, was produced as part of Azgard9’s recent repositioning “Future Before Fashion”, focused on the development of products and solutions with low impact on the environment. Developed in partnership with Post Carbon Lab, in London, the CO2AT is a living being. Its hoodie is treated with microbial pigmentation, so actually behaving like a plant by using photosynthetic microorganisms – a process by which plants take in carbon dioxide and turn it into glucose and oxygen.
Therefore, during its life cycle, it releases oxygen, improving the immediate environment of the wearer, due to its living cells coating. Moreover, the poncho neutralizes the impact of its production and produces approximately the same amount of O2 as an oak tree.

“While brands are thinking about their next collection, we have been thinking about collections of and for the future. In fact, about what garments may look like fifty years from now. So, we actually produced what could be part of every brand’s collection in 2043. We were tired of thinking about how we could change the “Future of Fashion” for the better and decided to actually do something about it.”, explains Ahmed Shaikh, Azgard9’s CEO. That is how this CO2AT was born: a laboratory piece designed and created to show Azgard9’s retail network how the fashion industry can start having more than a voice in the effort for greater sustainability and to start actually doing something about it. Innovation is the way. Mainstream sustainability is the destination.

While Azgard9 has materialized an idea from the future, the goal is now to turn it into a mainstream concept. Serving as a wearable manifesto for the fashion world, this living garment is being shared with the retailer’s global network, ranging goes from large fashion groups like LVMH, to the biggest fast fashion brands like ZARA.

Mainstream Sustainability materializes the motto “Future Before Fashion”, standing by the belief that the planet belongs to everyone, and therefore defending that sustainability should be accessible to everyone, thus propelling the industry and people to act now.

“As a 30-year-old business we have produced some of the most incredible denim pieces for the world’s top fashion brands, creating a network of people that have the power to make a change. It is our responsibility to use that in favor of a bigger cause. Being profitable is still a business priority for us. But we want to have a business that is responsible, that looks into the future and knows that sustainability is key if we want to have a future for our company and our planet. We can have a positive impact on the environment and wanted to show our stakeholders that we can help them achieve that. We want to show them what the future of fashion can actually look like, today.”, concludes Ahmed Shaikh, Azgard9’s CEO. This project has many hands on it. A huge thanks to the team that pulled this together with such positivity and enthusiasm. Follow the studio day-to-day life in IG: @thisispacifica 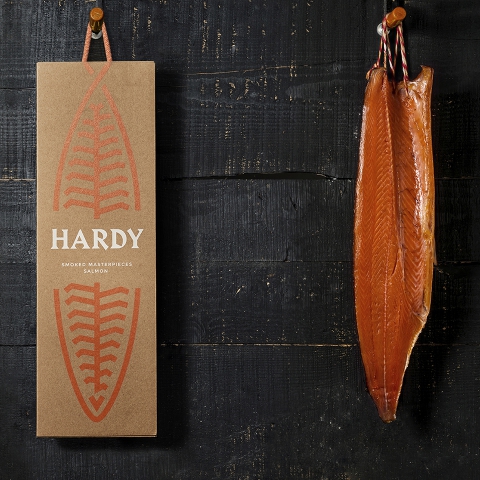